What Some Fremont Replacement Window Companies Are Doing to Get Business

We’ve seen a disturbing trend recently with home improvement companies in general and replacement window companies specifically. A company will start doing work in the Bay Area, gain some traction with customers in the area, and begin to grow. As the company grows, the quality of service begins to slip, and the company receives a few negative reviews on sites like Yelp or Google. Other customers appear to be unhappy, and the company starts to worry that more negative reviews will soon appear online.

What seems to happen then, is the company “closes” their existing company and opens a “new” one. We put those words in quotes because the company that was supposedly closed and the new company that opens are basically identical. It’s made up of the same owner(s) and the same employees, and the same products and services are offered. They are attempting to “start fresh” with a new name that is not attached to the negative reputation of their old name.

This is illegal in California, but unfortunately, it doesn’t stop people from doing it all the time. The telltale sign that a replacement window company in Fremont is doing this is if the name and/or address of the company do not match the name and/or address listed on the Contractors State License Board (CSLB) website when you go to do a license check. A reputable replacement window company will make sure the information on their website, business cards, etc. matches the information that is on the CSLB website.

A contractor’s license cannot be transferred, sold, rented, or reassigned to another individual or corporation, except under very limited circumstances, so if a company representative tries to tell you that it’s okay for them to work under a license that’s not their own, be very suspicious!

When you’re researching home improvement companies, it’s okay to ask them difficult questions about their business practices. You deserve to know what kind of company you are paying to do work in your home. It’s your hard-earned money after all! You can ask them, “Has your business ever operated under a different name?” And if their answer is “yes,” you can follow up with, “Why did you decide to change names?”

You can also ask how long the company has been in business. If they say, “ten years,” but you check their CSLB license, and it says the company has only been in business for one year, that could mean they recently opened a new company under a new name. And of course, make sure the information on their CSLB listing matches the information they give you.

Why does this matter?

First and foremost is the issue of integrity. Do you really want to work with a company that misrepresents themselves (at best) or operates illegally (at worst)? What else might they be dishonest about? Will they misrepresent the quality of the replacement windows they sell? Will they install lesser quality windows than the ones you paid for because they figure you won’t notice? Or—worst case scenario—will they disappear on you after they’ve taken your deposit?

This post isn’t meant to scare you. There are a few shady companies out there, but plenty of great replacement window companies serving the Fremont area. We believe ours is one of them. We’ve been installing new windows in homes in Fremont since 2007. We have thousands of satisfied customers and hundreds of five-star reviews online that you can read.

We want to encourage you, as you shop for replacement windows, to do your due diligence. Don’t go with the first company that tells you exactly what you want to hear. Look into various companies and go with one you know you can trust.

If you’d like to learn more about Custom Exchange, contact us to set up a free, in-home appointment, where you can have all of your questions answered and get a quote on replacement windows for your home.

Let's talk about your project.

We'll get started soon and see your project through to the finish. 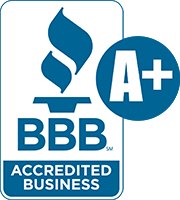 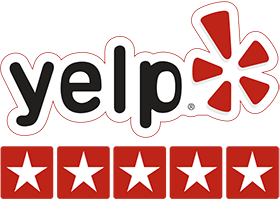